There are various Hydrangea that are still putting on a reasonable show.
One of the most peculiar performances is from 'Quick Fire'. It blooms a bit earlier than the regular PeeGee hydrangeas and turns a much darker pink. 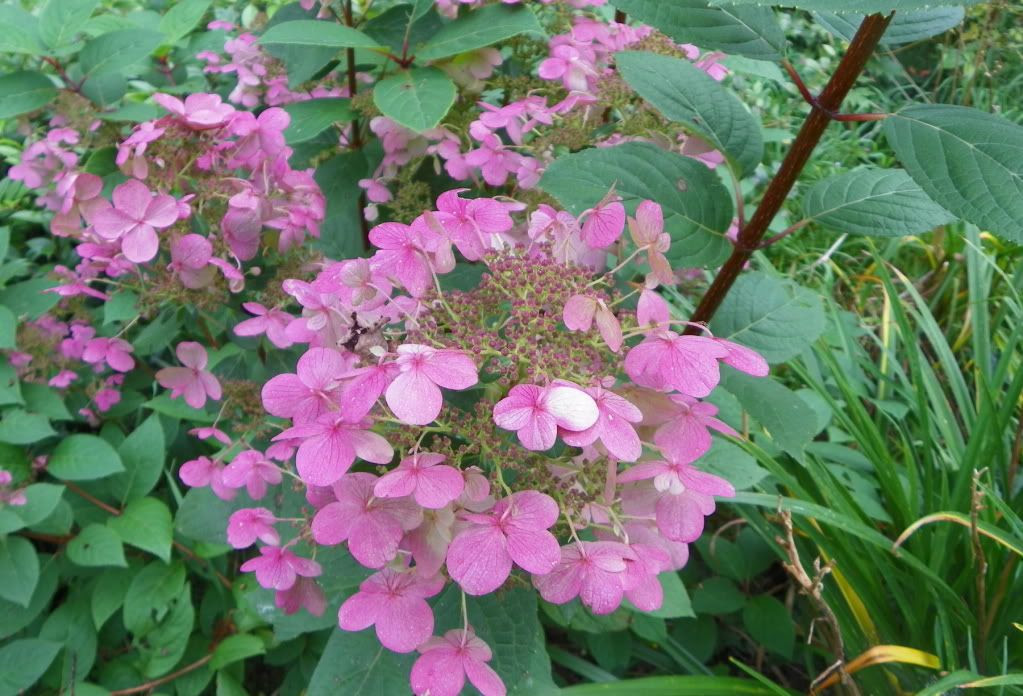 It has this habit of putting out very vigorous shoots in the mid-season. It has been said these may bloom late, but I have seen no hint.
They have a tendency to give the plant a rather asymmetrical appearance, although the shoot is very attractive. 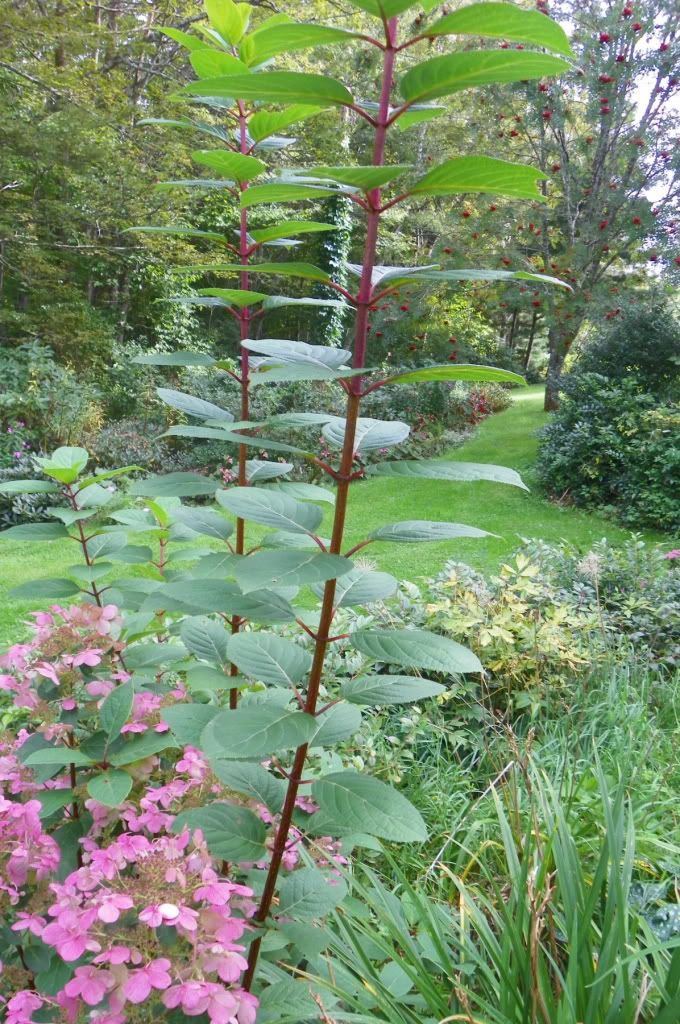 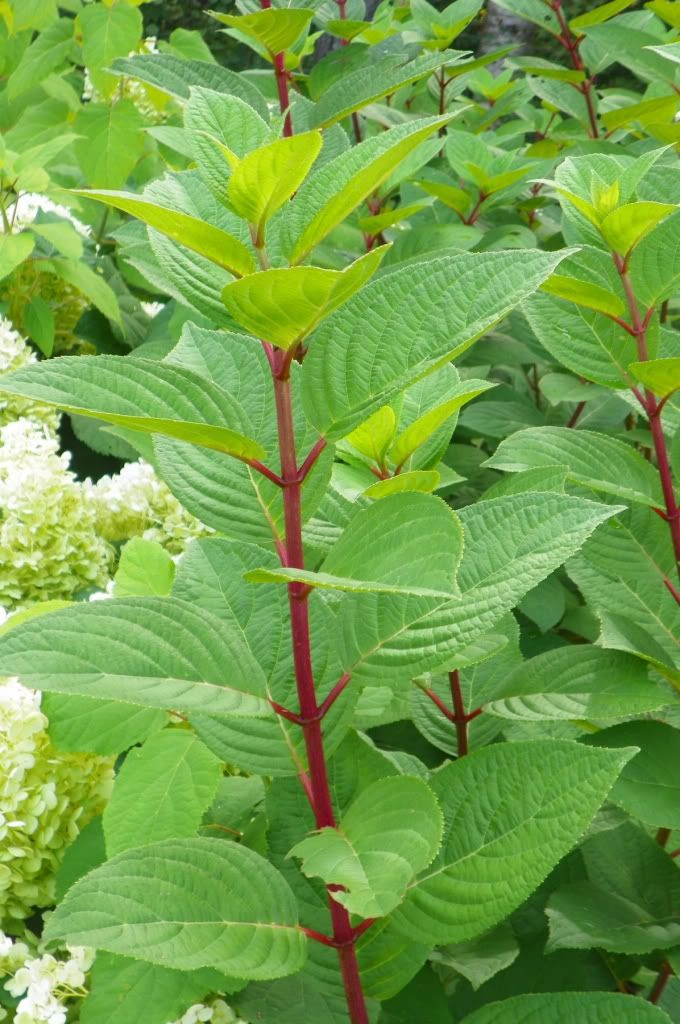 The PeeGee Hydrangeas are in the process of turning pink, and also some are quite droopy.
They often put on a lot of new growth with large , heavy trusses that inevitably fall after a rain or wind event. Perhaps a lighter pruning might mean smaller trusses. 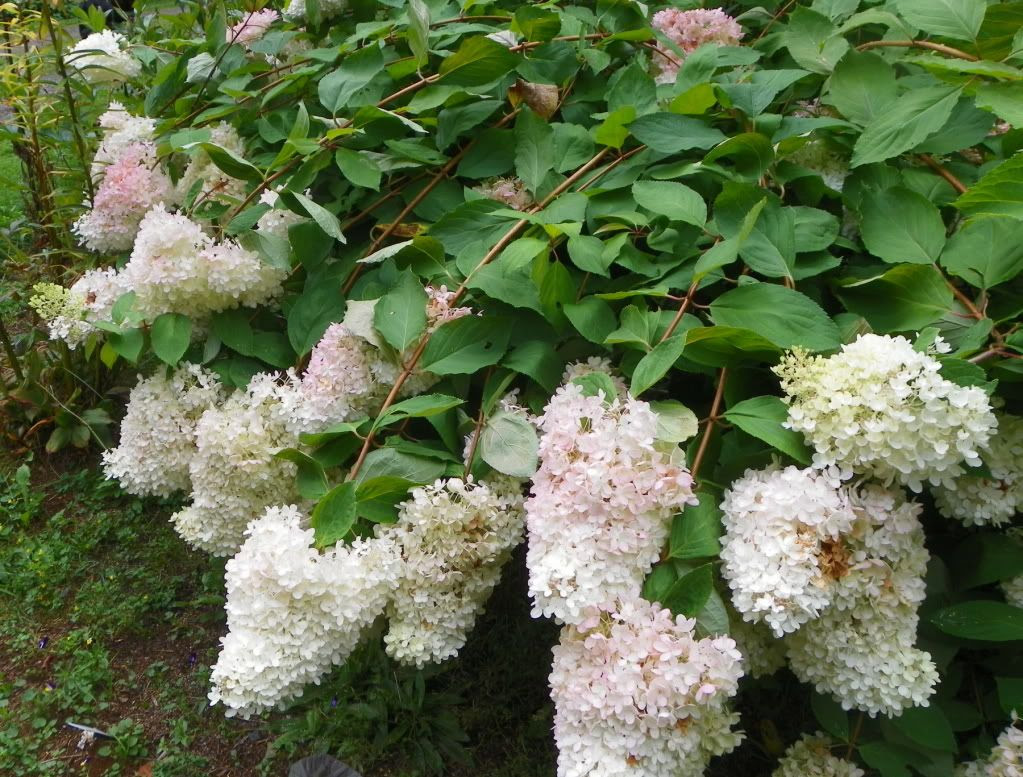 We have been quite pleased with the performance of our "ditch" Nikko Blue this year. There are still some nice fresh blue trusses, even though the older ones are turning a murky pink. 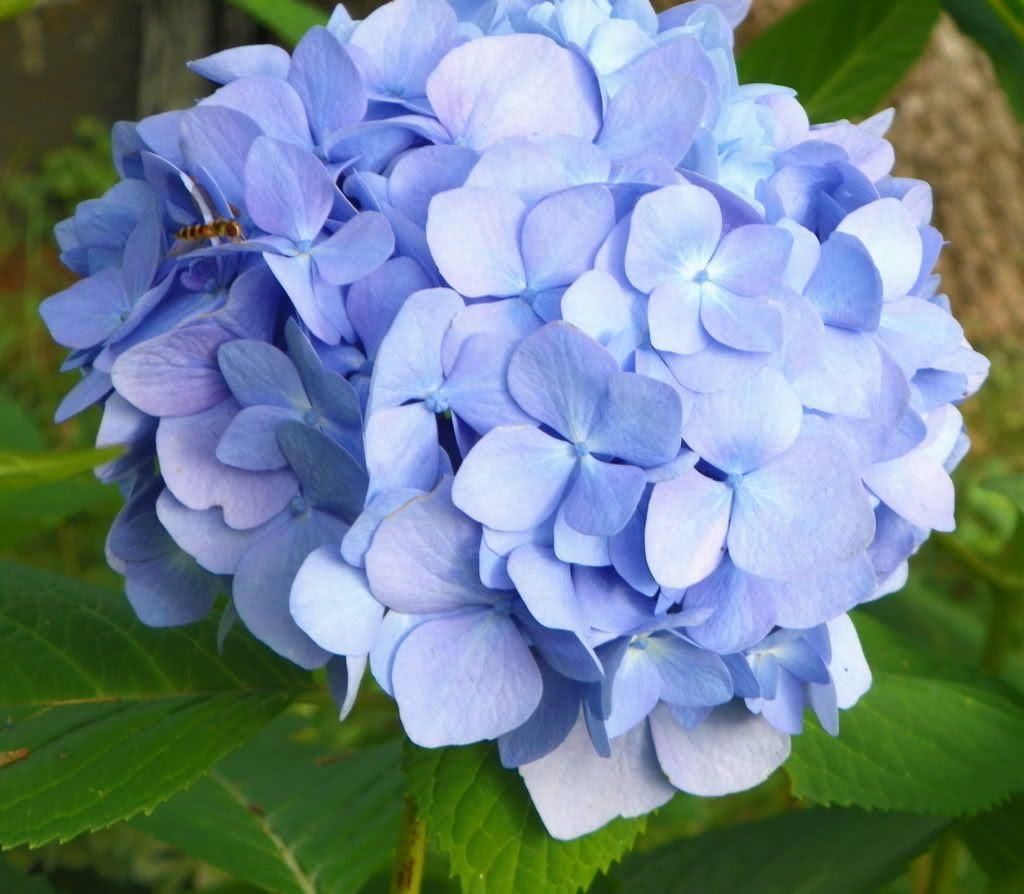 Perhaps the most annoying "Hydrangea non-event" is the steadfast refusal of 'Endless Summer' to bloom. It has grown well, but has shown no flower buds on either new or old wood. 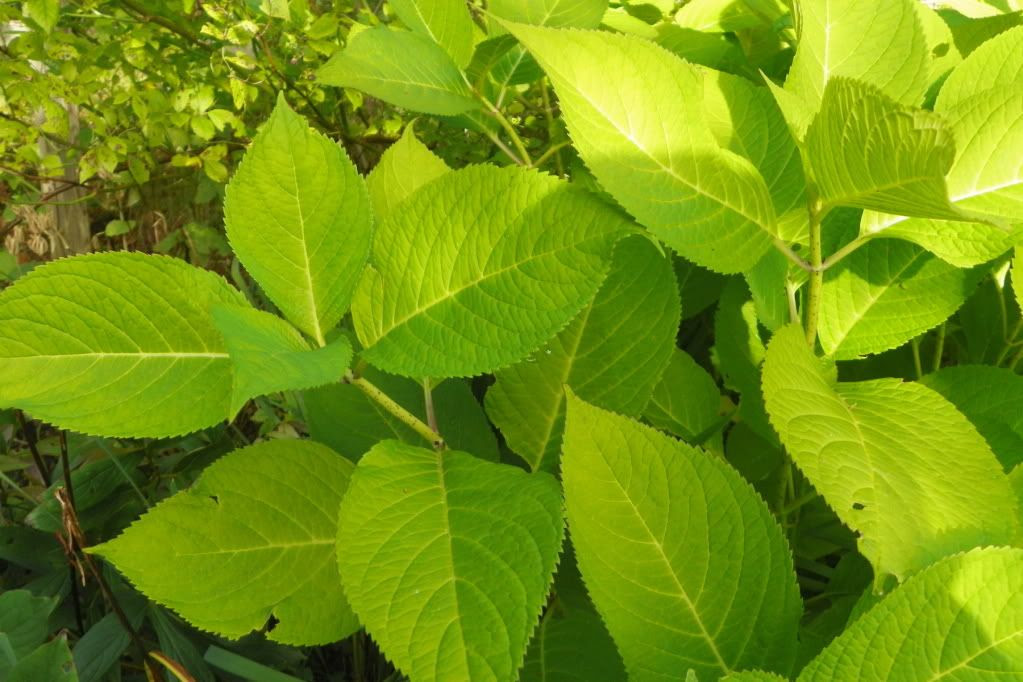 Perhaps I will have to find a new home for it next year.
We have a large number of Hydrangea arborescens 'Grandiflora' that have been spectactular. Very large trusses were produced all season and there are still quite fresh white ones. 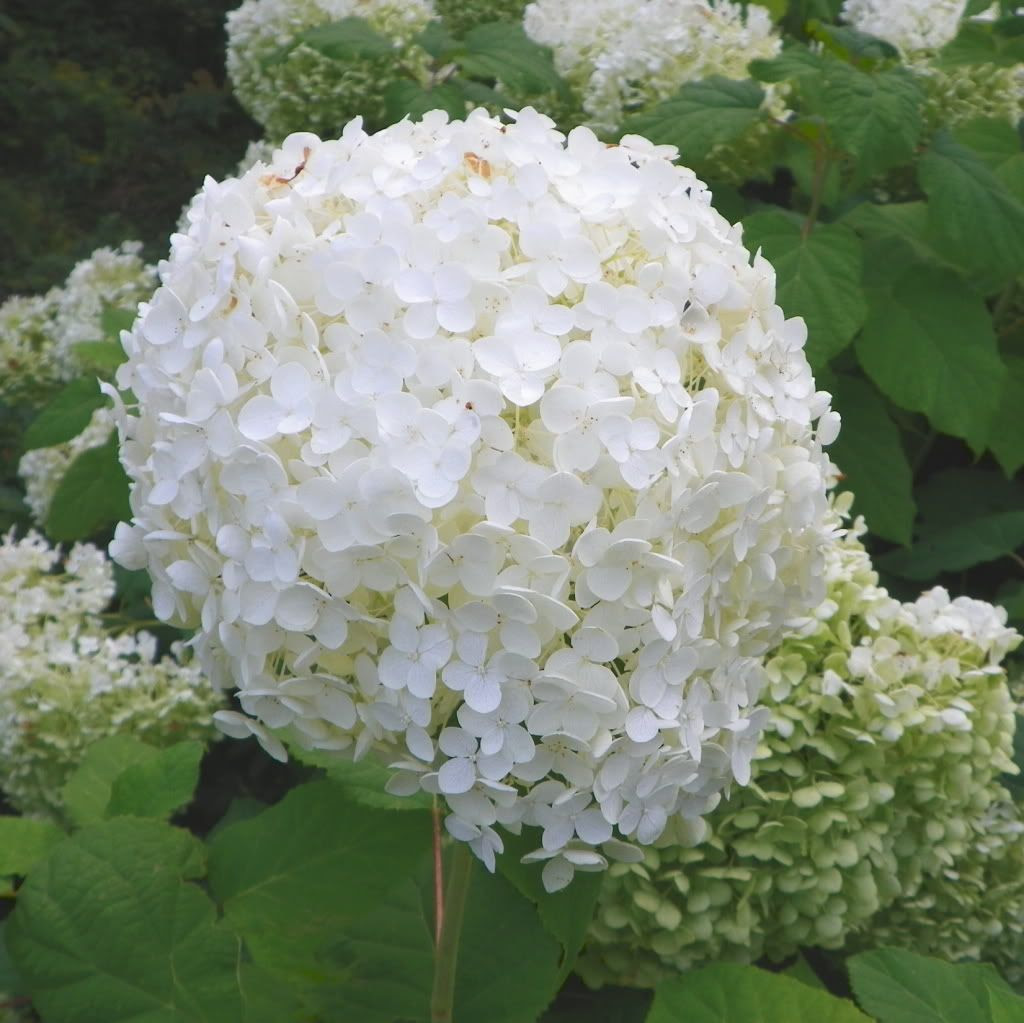 Our new pink H. arborescens  seems to be settling in, so hopefully it will do well next year.

Is white a fall colour?

Check out the link for some September Whites.

Finding spots of colour isn't as easy as it was earlier in the season. For more September pics , check the link...click slideshow mode.
September 2011 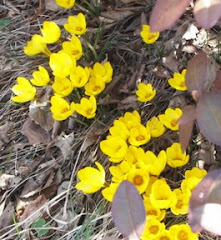 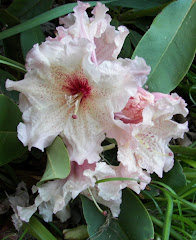 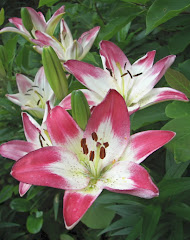 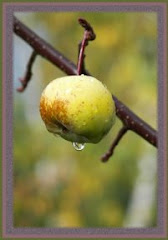 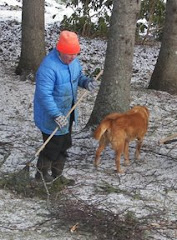